The first stop during our tour through the attractions and theme parks industry is in Germany. In a small village called Brühl is a theme park named Phantasialand which recently opened a new themed area. The perfect reason to visit this wonderful park.

The park consists of six themed areas: Berlin, Mystery, Mexico, China Town, Deep in Africa and Fantasy. Each themed area offers a variety of attractions, shows, shops and food & beverage outlets. Phantasialand is known for their high level of theming and innovative attractions. Every theme park has a drive to expand, Phantasialand is no exception. However, they are facing problems. Expanding outside the current borders of the park is almost impossible. This means that they need to use their current space as efficient as possible. The park is very compact but it does not feel like that. 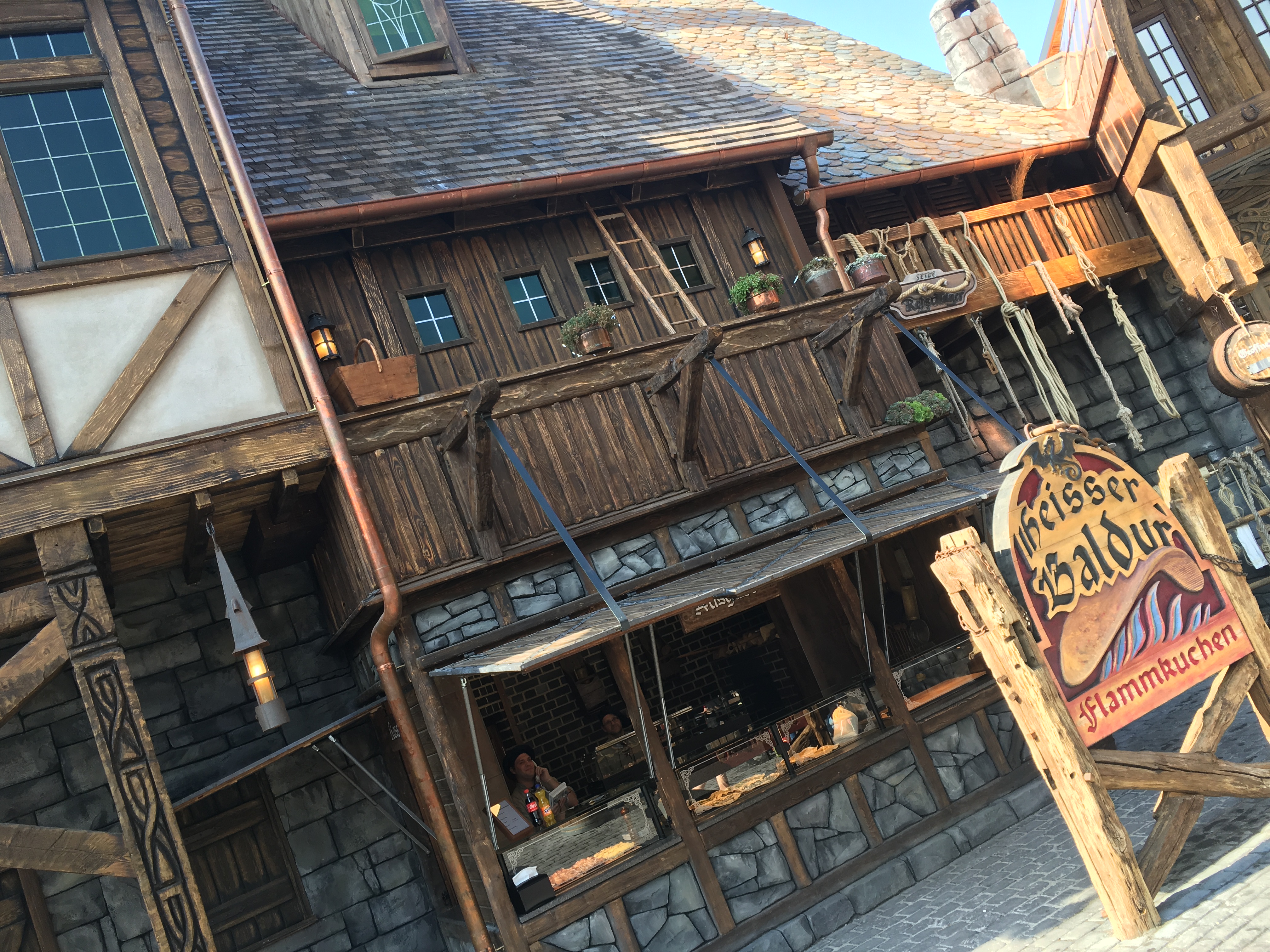 As mentioned in the beginning of this blog post, Phantasialand opened a new addition to the mystery area of their park: Klugheim. This addition brings two new rollercoasters and three new food & beverage outlets to the park. Taron, the main rollercoaster, is the fastest multi-launch rollercoaster of the world. Raik, the second rollercoaster, is the longest family-boomerang coaster. Both rollercoasters are well themed and fit perfectly within their surroundings. A small remark though, capacity. A boomerang coaster, in general,  does not have a high capacity. And Taron uses one station for loading and un-loading instead of an extra unloading station. (Note 20/07: on busy days they make use of the extra platform for unloading guests). The food & beverage outlets offer a variety of German specialties which fit the area. At Heisser Baldur (picture above) for example you can get Flammkuchen and at Kornmüller’s Crêpes they will serve pancakes.

Phantasialand is starting a new chapter with the opening of Klugheim. If you are planning a visit to a theme park this summer be sure to check out Phantasialand. The combination of attractions, shows, theming and food will make sure it will be an experience you won’t forget!

Our website is currently undergoing redesign. Some pages might not work as expected. We are working to get everything fully up and running again asap :-)